Labrador Park (also known as Fort Pasir Panjang during the colonial times) is one of the war relics that is still in existence today. It was built in the 19th century by the British to protect Singapore's waters (more specifically Keppel Harbour in this case). In 1864, a fort complex with concrete bunkers, underground tunnels and gun batteries were built and embedded on this coastal cliffside.  The structure was completed in 1878.  The Labrador battery was further upgraded in 1938 with the expectation that a war was coming. 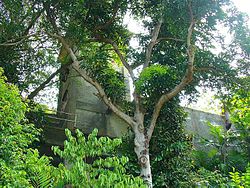 On top of Batu Berlayar, one can still see the remains of the battery.  The above picture shows one of the watch towers (there are 2 towers) of the Labrador battery.  The place is not easily accessible as it is on top of a rather steep slope. However, after a little efforts, one can still get up. The slope is right next to the larger structure of the Long Ya Men (龙牙门) or Dragon’s Teeth Gate.  The local Malays named the rocks as Batu Berlayar (“Sailing Rock”) while the British sailors called them Lot’s Wife, referring to the wife of Abraham’s nephew in the bible, who was turned into a statue of salt when she looked back at the destruction of sinful city Sodom. 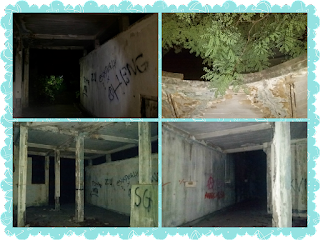 Nonetheless, we took a night visit to the Labrador battery.  After a quick climb up the steep slope, we were greeted with No.1 Emplacement. The graffiti on the wall tells me that this place had already been visited by many adventure seekers who chose not only to leave their footprints but vandalism as well. 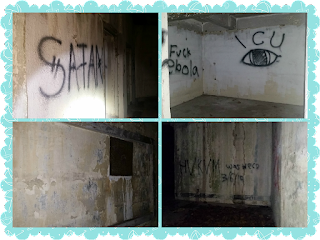 More graffiti seen at No.1 Emplacement. 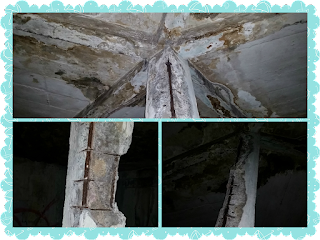 Signs of wear and tear can be seen from the ceiling and pillars.  Even though the war has taken a toll on the structure, I still consider it strong as it has been standing quietly for the past 100 over years looking over the waters. 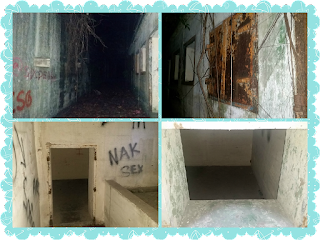 After some photo takings, we decided to proceed to No.2 Emplacement. The rusty door and window met us along the way. Peter Stubbs mentioned in his website that they could have been offices and stores. Upon reaching No.2 Emplacement, we saw the entrance to the No. 2 Magazine with a small window supposedly an Ammunition Hath. 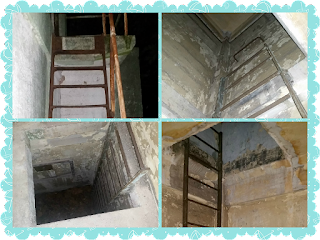 As the stairs to No.2 Director Tower had been removed, we had to walk back to No.1 Emplacement to try and climb No.1 Director Tower.  The ladder stairs are rusty but still sturdy.  Thus, we managed to get up.  It was in the night so there really wasn't much view to see. 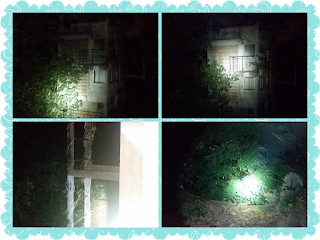 Saw a small structure from the tower. According to Peter Stubbs, this building is not part of the battery. However, it may have been the signal station.  There was no history found about the structure though. 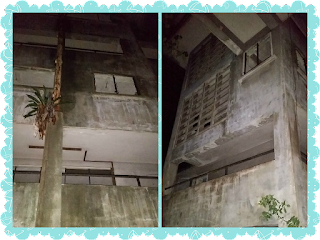 The building looks like a typical dilapidated haunted house. But we didn't go up due to CCTV around. Yes, we are interested in our own history but not to the extend of getting caught trying to find out more. 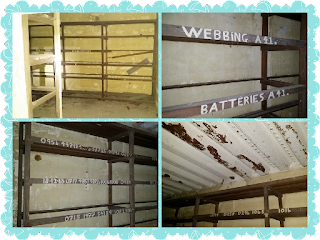 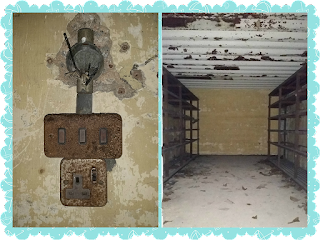 Near the entrance of the AMTB battery, This looks like a store.  All shelves are labelled properly with white paint. 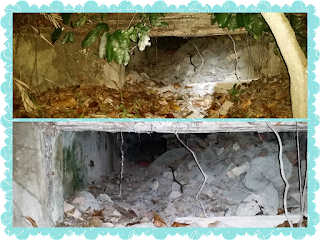 After a careful climb down the steep slope.  Yeah...I decided to partially slide down as I find that an easier option than climbing all the way down *grin*. Nonetheless, while on our way to the bus stop, we passed by what looks like a tunnel.  This "tunnel" is infact an Embrasure for a 6-Pounder Quick Firing Gun placed there at the end of 1800s and removed around 1900.  The inside of the rock was hollowed out to created room for the gun and ammunition storage. There were 2 section on the inside. One with a staircase that led to the surface. Another was probably the storage.  The entire place is already filled with rubble. 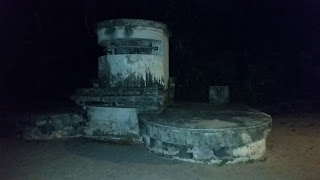 The British has built quite a number of machine gun pillboxes along the coastline.  Each is approximately 550m apart. This is one of the remaining ones. 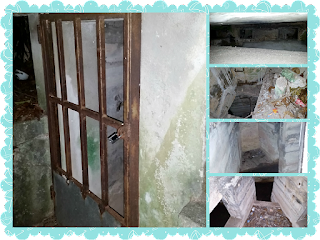 The gate leading into the pillbox had been locked probably to prevent further vandalism.  The entire area had almost become a rubbish dump.

As a Singaporean, I would urge all fellow citizens and residents to preserve our historical relics so that we have something to show our next generation.