Hotel: Mingle By The Park

This is my first trip to Hong Kong.  Guess what?  I flew there all alone!  Knowing that Hong Kong is a cosmopolitan city, I didn't think I will have much problems moving around.  And I was right.  I flew in via Cathay Pacific.  Being my first trip on top of being alone, I try to play safe. Before we flew, I saw the worker refueling the plane.  Food was the plane was good!  The shrimps were yummy!!! Upon reaching HKIA, I took the Airport Express to Hong Kong station.  Do note that the cost of single journey  is HK$100.  So please remember to top up your Octopus card. 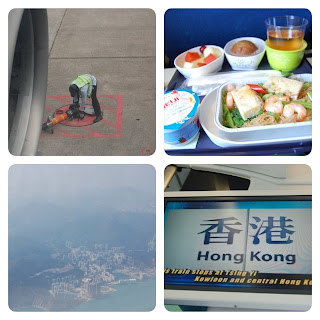 I had always had a secret love for boutique hotels.  Not that I don't like big hotels but I felt that a boutique hotel is usually small, cheap, comes with free wifi and located very very near public transport.  For this trip, I chose Mingle By the Park (booked from www.booking.com).  I like how it is so close to Wanchai MTR...within walking distance.  The interior of the hotel is also quite unique.  They tried to replicate the half-century-old vintage 1960's "balcony" style "Tong Lau" residential building.  The bed is just enough for one person.  The room is too small to squeeze in another bed. 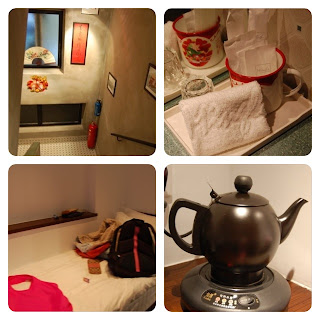 As I settled in, I had some time to walk around the area where I stay.  For lunch, I went to 新豐記魚蛋牛什大王 for my fishball noodles.  I really like it alot that in the few days, I ate quite a few bowls. Oh...I saw some Hello Kitty Chinese New Year deco along Central station.  So cute! 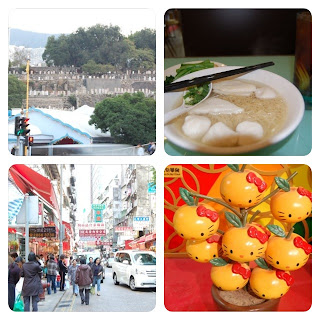 Day 2, I decided to go to Disneyland for a visit.  Took the train from Wanchai to Central and then walk to Hong Kong station before hoping onto the Tung Chung line on my way to Sunny Bay.  From there, I took the Disney train.  It wasn't too difficult to spot it coz the entire train ranging from the windows to hands has the Mickey head shape. 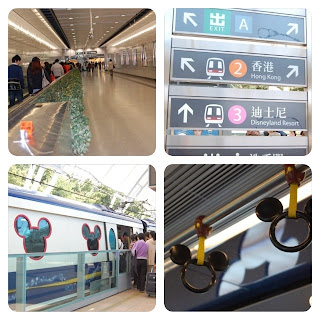 My visit to Disneyland Hong Kong was not really satisfying despite the fact that this is my first trip to a Disneyland regardless of which country it is in.  I paid HK$399 for single day entry.  The price certainly didn't correspond to the size of the park. I only manage to catch the Lion King show and not much activities coz most of them requires me to queue for a long time. 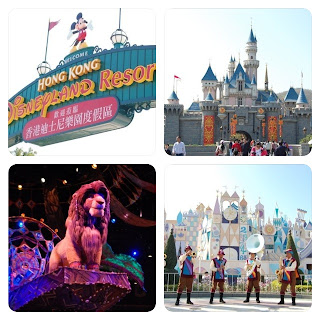 Waited for the street parade.  This is a must-see if you are in Disneyland.  Catch your favorite characters go by in their movable homes.  Try to catch a good spot at the main street.  It gets crowded too. 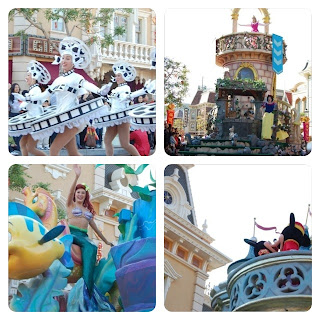 After the street parade, I went to visit Mickey's house.  As it is near Chinese New Year season, Mickey's home is fully ready to welcome you with it's CNY decorations. 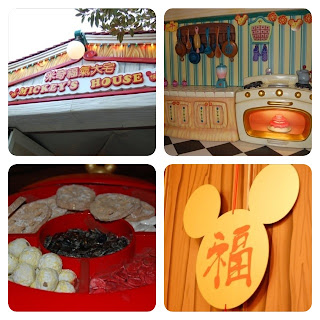 Other activities that I tried was the train that goes one round around the park.  Need to queue though.  The good thing is that one train fits alot of people so the queuing was cut short in that way.  There was also a pianist the cycled his piano around the streets while playing.  I think that is really brilliant.  At least I was entertained while on my way out of Disneyland. 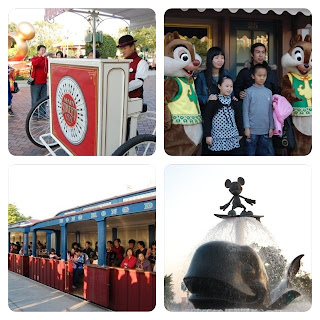 Day 3 started with church service.  I joined my new friends for dim sum lunch at Tsim Sha Tsui. After that I headed for Apliu Street (MTR Sham Shui Po). Apliu Street has a huge flea market selling electronics, photography, audio products (both new and pre-loved).  After my short walk around, I decided to head for Temple Street.  Being my first time in the island, I naturally stopped at the wrong station (MTR Yau Ma Tei).  Since I was hungry, I went into the shop right next to the station for some curry fish ball noodles.  Not too bad, I should say. 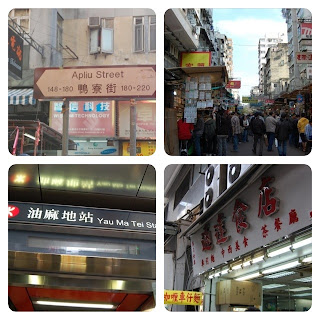 After figuring my way around, I realized that the nearest station is Jordan MTR.  I was greeted with Lion dance upon arrival.  It was crowded but I managed to squeeze my way in.  Someone who must have realized I look abit touristy decided to give up his front view for me.  Anyway, I started to shop around Temple Street (otherwise known as Men's street) after the whole lion dance show.  Getting hungry, I went to try out stew egg.  I saw from TV that it looked nice but one first bite, it taste abit....hmmm...tasteless.  I finished the entire bowl (quite small actually) but it wasn't the best thing I had. 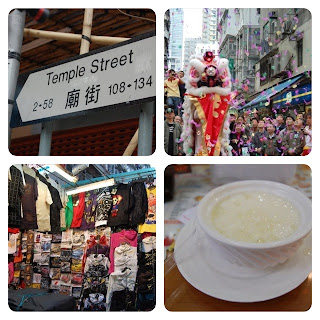 Towards the night, I went to Avenue of Stars to watch Symphony of Lights that happen every night at 8pm.  The entire show comprises of light shows and music.  Quite fascinating but it gets kindda crowded from 7.30pm onwards.  So if you want good place to stand (or if you walk further down, there's places to sit), then try to appear earlier. 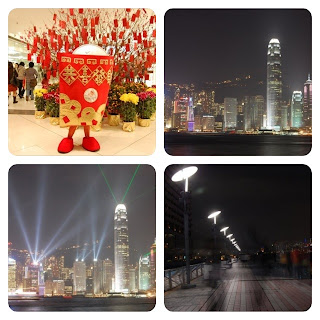 Day 4, I met up with my colleagues from the Hong Kong office for lunch.  They brought me to this restaurant (Tsim Chai Kee Noodle) that supposedly serve great tasting wanton mee. We had to share tables with strangers but my colleagues told me that it's a norm in Hong Kong to share tables.  After lunch, we had herbal tea and again according to my colleagues, people in Hong Kong never fail to have a cup of herbal tea after meals.  Walked pass mid-level on our way back to office.  The overhead bridge escalator thingie is really long. 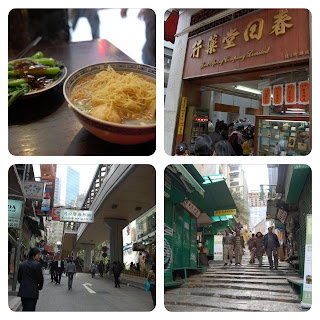 After a good chat with colleagues in the office, I headed for The Peak.  Bought the Peak Tram ticket + Madame Tussauds combo tickets for HK$225 (return trip).  It was slanted all the way up.  Quite difficult to stand.  Good thing I got a seat.  When I got there, I shopped around the place awhile before heading into Madame Tussauds.  Saw many life like famous people in there and of course, I took alot of photos.  Decided to head for sky terrace for some photos.  Because I didn't purchase it together with the combo, I got it separately...can't remember how much though.  Taking pics was a challenge with a flimsy tripod because it's quite windy up there and my tripod kept swaying.  When it's time to go back, I had to fight with the crowd again.  It was a torture....even though the train comes in rather short intervals...the amount of people waiting for it is hilarious! 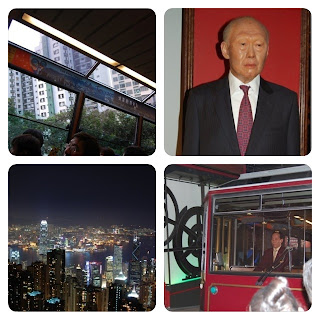 The trip on the whole was enjoyable.  Best is that I can do downtown check in at Hong Kong MTR station.  So what I did was to drop my luggage and do a quick round in IFC mall before heading for the airport via airport express.